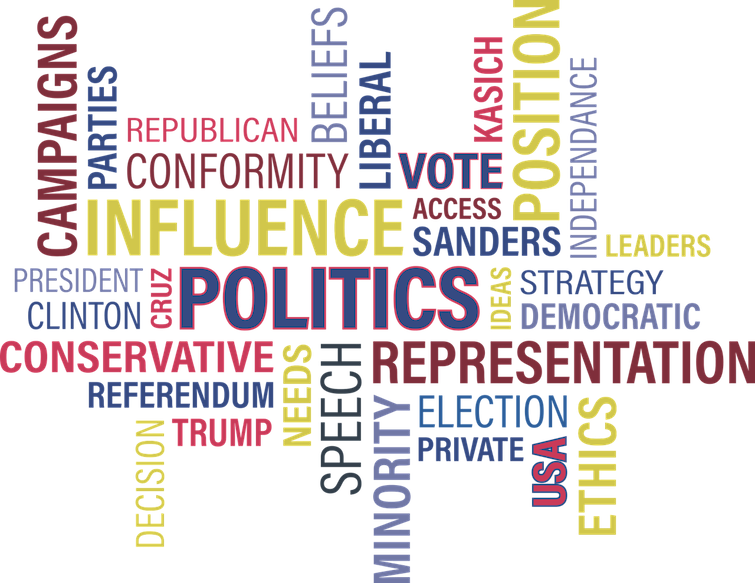 The autopsy on year 2016 will probably be something for the history books. I think the retrospective is going to come from many places. From a social context; identifying highly emotional themes and the way they push the subdivisions of our society. From a technology context; where we break down what seems like a beginning, or maybe an end of a chapter within the information age. A political angle; where we see the impact of policies that may (or may not) have been simmering under the surface breaking through in the same year within Western democracies and other places.

We see polarization in many of these aspects, and they trickle deeply into our many personal relationships. The American Congress is so polarized there’s no stomach for compromise, no bipartisan lunches or dinners, and is measurably more polarized than during Reconstruction after the Civil War (CSPAN).

The social media which has brought us together has driven many apart. How do we find our way here?

Let’s break this down – and explore how we create our understanding and truths.

The connections we make through social media have become a very powerful way to build understanding through friends, mentors, idols and even the news we consume through it. We connect over interests which transform into allegiances. Then we see an obvious bias in the most compelling ideas. You don’t have to exert any effort at all to see what faction, group, or sympathy a piece of information is coming from. It’s clearly evident, which makes it easy to support or revile depending on your allegiance to that source.

We start to ground our beliefs into where we feel we belong rather than grounding them in facts, or in some cases, reality itself.

Dan Dennett in the Illusion of Consciousness finds that we are unable to change anyone’s minds on a topic because everyone seems to think themselves the expert. They’re strongly-held opinions – so much so they can transcend rational argument.

“…when you have certain beliefs that come in a certain order, at a certain time and what explains the fact – that is what you think; well that’s when you have to go backstage and ask the magician” – Dennett

Social media is the effective vehicle to deliver a belief system into your mind. You have friends, they support different groups and share, relentlessly, that support. You begin to find some understanding in this one-sided conversation. Current events facilitate even more understanding when you might receive some opinionated material to believe is fact because it just happened to occur around some real events.

Now you are an expert; you have been given compelling ideology to explain an event, and you feel you were part of that event in the moment it occurred so how can you be argued with?

The vehicle for these ideas are something that Dennett called Dangerous Memes. We capture something endemic to our society; nationalism around the founding of our nation perhaps, and bundle it up with some idea. Then we start to develop ideas that we should die for. “Die for freedom” from the “Don’t Tread on Me” flag being used in some shared image depicting another idea which now becomes inexorably linked.

There are those within geographic areas carrying strong partisan populations which find themselves in terrible straights. Imagine the peer pressure of carrying an idea which might not be readily accepted by the majority of the people around you. In this polarized environment where one is either “with us or against us” there’s no safety. There becomes no difference between Ideas and Groups. Ideas aren’t just disagreed with. The people expressing them become vilified as un-American, Fascists, bigots, or worse.

While it seems overwhelming, and we know that ideas have destroyed traditions, cultures and practices throughout history, there is also opportunity. This is an information age which is as quick to spread vitriol as it is to spread reason. Love spreads as quickly as hate, as we have seen with overwhelming expressions of support for families in tragedy.

We must support the free exchange of ideas. We must foster the safety to be wrong. People must have the opportunity to express their own ideas. We all want to be respect from our peers. It is an amazing thing to be thought of as a peer of someone else. Can’t that be held in higher regard than the ideas we share?

I read an interesting meme today – a pretty benign one actually. It said that instead of saying “Sorry” in the context of how one might have failed to meet an expectation, say “Thank you” instead. Turning the message around from a negative “sorry” to a positive “thank you”.

If this was something employed in our discussions regarding ideas today we might find a lot less divisiveness. “Sorry I just don’t agree with you” versus “Thank you for sharing your idea. Here’s mine” can definitely lead to some more positive engagement.

I also think that it will bring us the added benefit of listening to more ideas and being able to come up with a few of our own instead of parroting the ideas of some group we feel compelled to support.