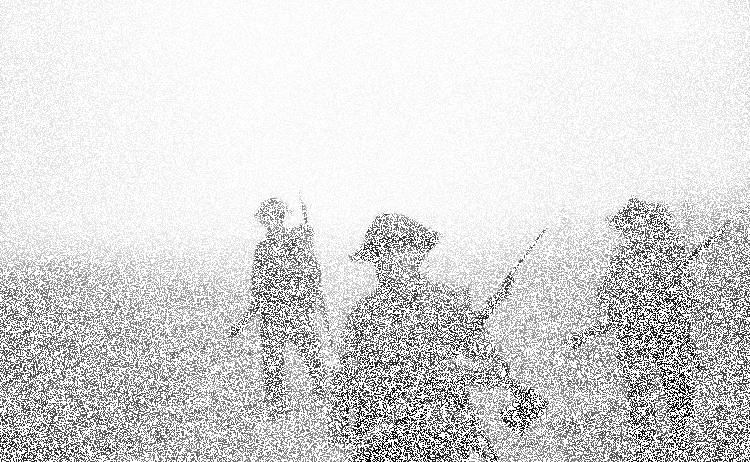 They speak of such noble patriotism, such proud nationalists speaking of the strength of the Union. The power and majesty of our grand old United States of America. That she should remain free and un-beholden to the arrayed foreign powers which undoubtedly seek to corrupt and beguile our politicians, corporations and citizenry.

Let me tell you of a United States which some of you may not be aware of. Music, especially Irish and Scottish folk, stirs my heart and fires my imagination. It also stirs my patriotism and I’ll explain why.

For the life of our dear nation we have been in armed conflicts both of our own making and the making of others. Regardless of the cause or the intrigue that spawns them, the people are the ones to finish them. This country, it’s story of people leaving a despotic nation to form anew, with a motto of “Liberty for All”, brought friends from all over in our times of need, and in return we came to their aid.

Let me share with you part of a civil war song about the Irish Brigade. Irish immigrant volunteers who came to fight to restore the Union.

“Says Pat to his comrades, “It’s a shame for to see
brothers fightin’ in such a queer manner.
But I’ll fight till I die – if I shouldn’t get killed.
For America’s bright starry banner.”

Well of course in any good Irish tune, dear Pat gives his all, but here’s the promise of our great nation in this verse:

Now surely Columbia will never forget,
While valor and fame hold communion,
How nobly the brave Irish volunteers fought
in defense of the flag of our Union.
And if ever Old Ireland for freedom should strike,
We’ll a helping hand offer quite freely,
And the Stars and the Stripes will be seen alongside
Of the flag of the Land of Shillelagh

And we did. Providing materially for the island during World War 2.

It doesn’t end there. Over 13,000 immigrants were made citizens for their sacrifices in World War 2.

Senator John Warner (R) in 2006 said this of our immigrant warriors:

In our Armed Forces today, there are over 60,000 immigrants and naturalized American citizens serving on active duty and in the Guard and Reserve. They follow in the footsteps of soldiers, sailors, airmen, and marines, from previous generations who immigrated from foreign lands, and, likewise, served with distinction.

I might add that when I was Secretary of the Navy, one of my principal advisors, and a man I admired greatly, the “Father of the Nuclear Navy,” Admiral Rickover, was an
immigrant.

As a veteran myself, and proud citizen of these United States, it is beyond abhorrent to me that we should seek to turn any from our shores who come seeking peace and prosperity. Those who escape war, despots, and injustice should always find liberty in our great nation so that they might contribute in some small or great way.

The fear and xenophobia stirred up by these extreme factions which seem to have insidiously positioned themselves within our greatest institutions should be immediately prevented from tarnishing all the good our great nation has done in it’s glorious history.