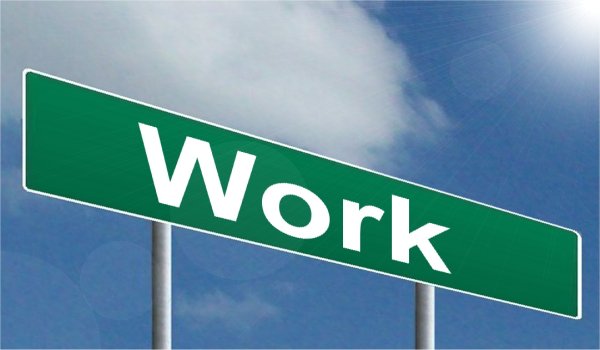 A dream many employees have is of having some kind of self-destiny. The person might have some kind of simple task job, an oppressive environment, or a micro-managing boss. In some form they feel that their free-agency is missing. For 8-10 hours a day they have no control over their life.

Winning the lottery is a great way to achieve some control of your future but the odds are pretty long. Better still might be having riches bequeathed by a wealthy relative. Some of us might have that opportunity but many others don’t.

An employee with an entrepreneurial spirit might decide to make the move to business ownership. Probably part-time at first, slowly growing a client base and then finally “cutting the cord” and going it on their own.

Now free to chart their own course, a world of opportunity awaits!

Lurking beneath the surface of any enterprise are doubts, naysayers, and other dangers. Hesitation and caution can dog every step if one isn’t objective. Success as a business owner is often found while skirting a fine line. On one side is the danger of consequences from risky actions. On the other side there is safety in complacency and slow, cautious moves.

These are a few of the most stunning moments I’ve experienced. Sometimes they can be avoided, and other times, you just have to put your head down and press on.

To those with a few years under their belts, this might come as no surprise. However, the business owner with big dreams, and employees that seem to be all-in can be misleading and trust is a commodity best given sparingly.

I try and be authentic in everything I do. The employer-employee relationship always has some aspects where information has to be need-to-know. Company financials are sometimes hard for the layman to understand and insolvency might be suggested where it isn’t warranted. Employee reviews have protection, as well as many other documents and processes.

Despite this I have no problem talking about what it takes to be successful and what my goals are for the business. I will always include the employee in this discussion and where they might fit in this plan (provided certain measurable goals are achieved).

This employee seemed to have two sides. On one side was a person who had ambition to reach positions and responsibilities that were achievable with a clear amount of work. Their dedication to that work was evident from time to time as well.

The other side wasn’t evident until customers and co-workers started mentioning some problems. They were too hard to believe at first, and the motivation to defend what one might consider a strong employee can cost you dearly. Even those tips didn’t reveal the complete problem. Only after termination and some review, serious issues were found that were costly in terms of lost revenue and goodwill.

There are a few things that happen while managing clients. You might find that they pay slowly, question your invoices, maybe even sometimes make arguments against certain line items on a bill. I’m a business owner too and I have to make sure I’m spending my money wisely so I get that. What I don’t get is gaslighting.

Gaslighting is an abuse tactic where the manipulator tries to get you to think that you aren’t recalling events correctly. There are many applications of this tactic but that best describes an encounter between me and one of my clients.

At first it seemed pretty harmless – they must have forgotten we had the conversation, or maybe I did forget to mention a certain action. So to be on the safe side I started being more deliberate and sending emails with details about activity. Even those were denied on occasion.

At one point an employee joined me at a meeting where certain details were discussed. Later those details were completely denied. I had to ask my employee to make sure my memory served me. They confirmed it did.

Later, other tactics came to light and that client had to be fired. You can’t work with a client who doesn’t communicate in good faith.

I have a business in a jurisdiction with many varied tax laws. Suffice it to say, the business owner has obligations to city, county, and state revenue agencies. However there’s no one place to learn where your obligations lie.

Being the type of business owner that wants to do the right thing, I found a resource at the state level and the city level which described the myriad of responsibilities I had. I dutifully went through them all, asking all along the way “Is this everything I need to know?”

After a few “Yes” answers, I was satisfied.

2 years after running my business I was surprised to learn my county actually has a business property tax. That means a tax on my desk, chair, computers, water cooler, etc.. The tax isn’t insignificant either, and carries penalties for not filing it.

You’re On Your Own

Yes, the business owner may have a lonely life. There are so many opportunities and sometimes they aren’t very obvious. I think the greatest thing we have going for us over the employee is that we have choice beyond just quitting a job. We have the power to renegotiate, make arguments for change, and when all else fails we can change the people we work with. Those decisions carry risk as well. You might be risking revenue that forces you to lay people off. Conversely, you might also risk growth in areas that you aren’t ready to expand into.

This all might sounds a bit jaded, but ignorance of these kinds of issues carries its own risk. Make sure you’re listening to all the stories you can. Having the shared experience of others can keep your business profitable and successful!